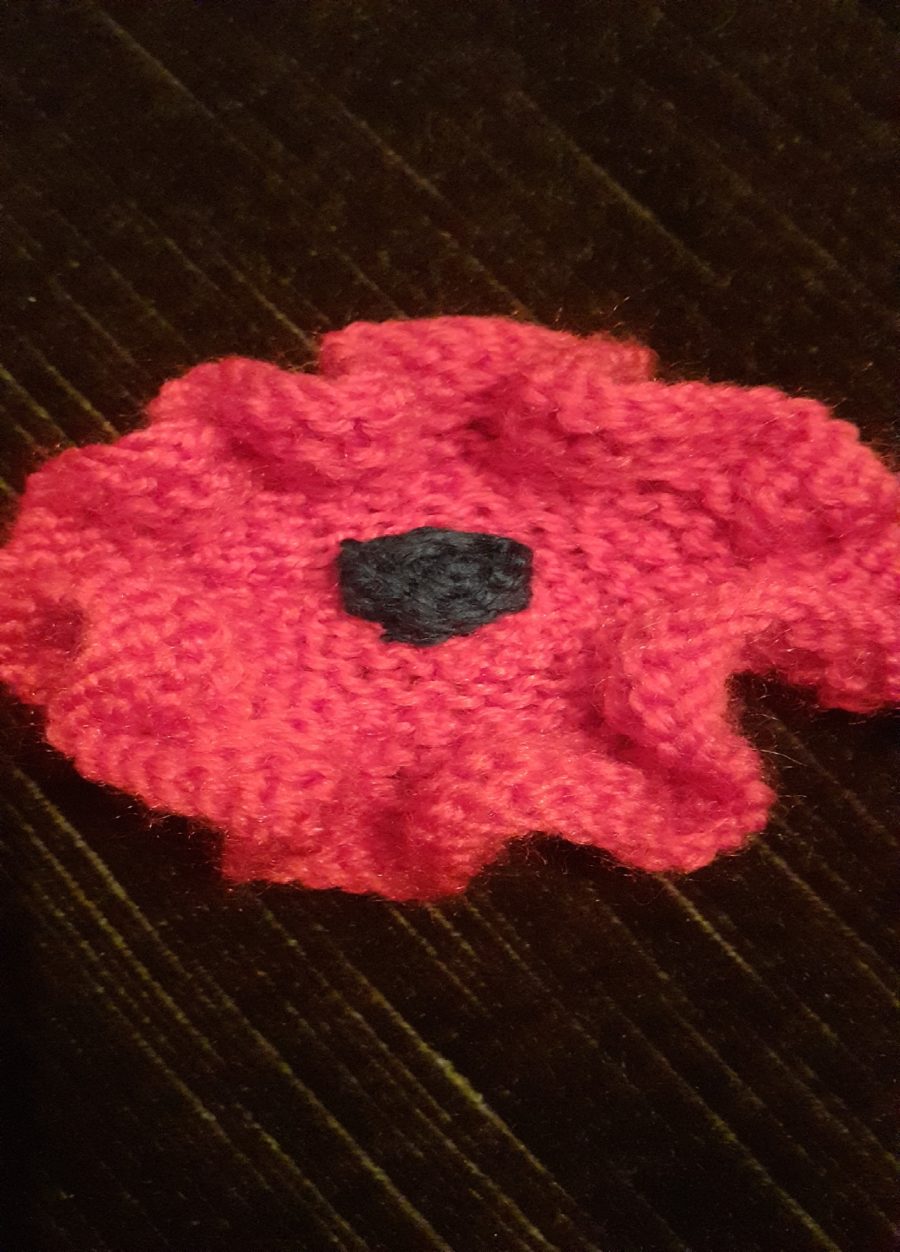 The Town Council would be delighted if residents would once again knit some poppies for a further project for Remembrance 2023.

Poppies are knitted in double knit yarn, using 3.5mm or 3.75mm needles, all in garter stitch (knit every row). One ball of red wool will make a lot of poppies and only scraps of black are needed for the centre.

Row 5: Knit 3 stitches together across the row (40 stitches)

Cut yarn leaving a tail of about 20cm, threading this through the remaining 10 stiches. Pull into a circle and secure. Stitch seam. Sew in ends.

Using black, cast on 17sts. Cast off. Coil into a spiral and sew to base.

To make up
Overlap edges of the four petals to make a flower, catch with a few stitches. Join row-end edges of centre together, stuffing it with small amount of black yarn. Flatten centre, sew to poppy.