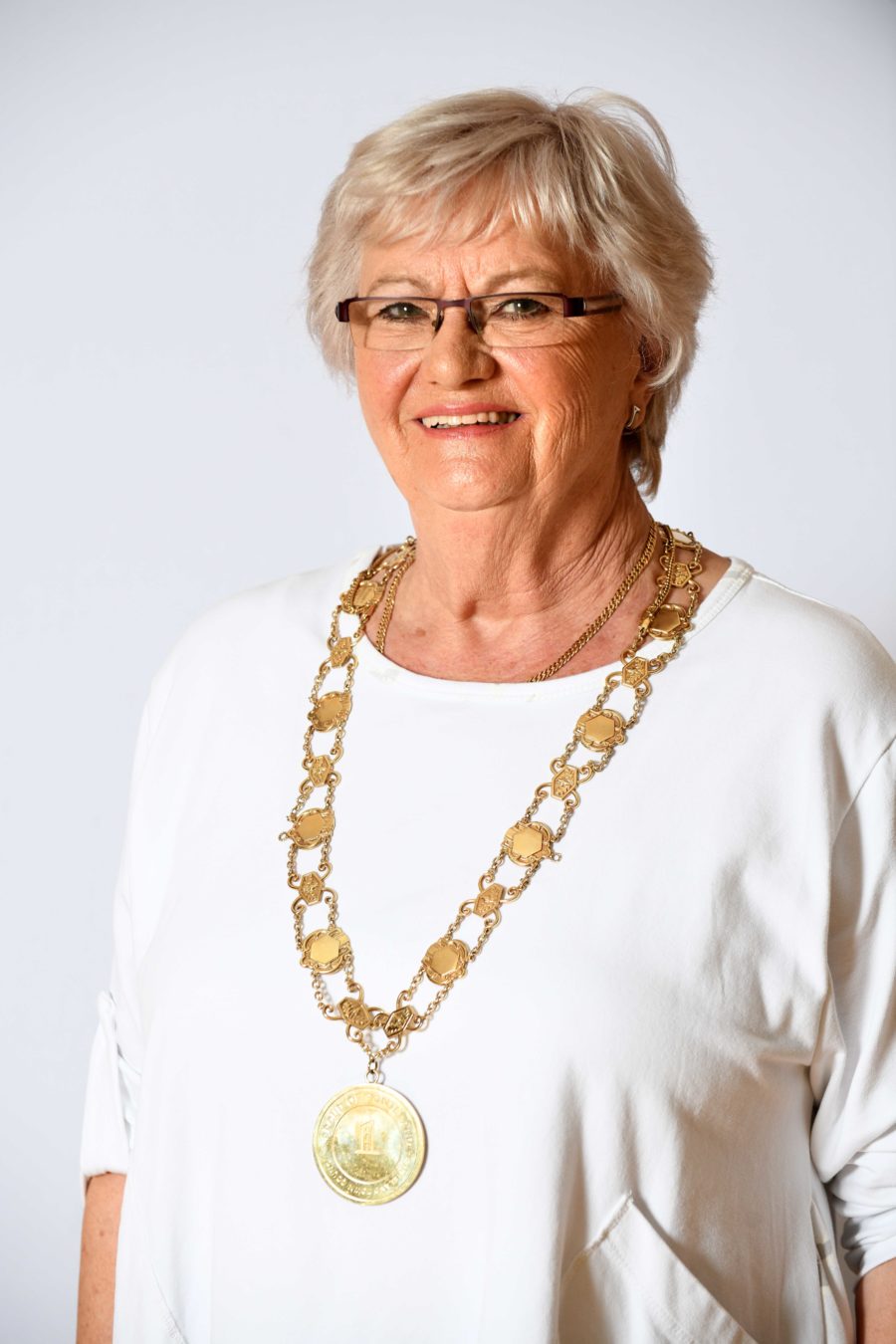 Christine Greenwell is married with three children, nine grandchildren and two great-grandchildren and has lived in Ponteland since 1996. She worked for over 20 years for an Italian white goods manufacturer, starting in sales and progressing to consultant national training manager. Christine has been volunteer treasurer for the Ponteland Community Partnership and Pont News & Views from 2006-2016, and is a Ponteland Ageing Well committee member.

She acts as a volunteer trustee for Merton Hall and is also treasurer on the management committee, operations manager and booking clerk. Christine has also helped set up groups with the Alzheimer’s Society and Northumberland Blind Association – D’Cafe is a group for Alzheimer’s and dementia suffers and their carers, Social Eyes is a group for the blind and partial sighted and their carers, and Merton Hall’s Brunch and Bingo gives people somewhere to go and spend a day among friends. All of the above would not be possible without the fantastic volunteers who now support and run these groups, and give Christine a great deal of help and support in her role.

Christine was elected as North Ward Ponteland Town Councillor in May 2013. Committees and Working groups she sits on include Environment, Highways, Richard Coates School Foundation, Library, Cemetery and the Accounts Committee. Christine said she chose to stand as a councillor because she cares very much about Ponteland and its residents – from the young to the elderly. The Council was asked to take over the public toilets in 2012 and the cemetery in 2013 and has made improvements to both in a very short time. She urges other residents who want to help improve the local environment to stand as a councillor at the next election or become a local volunteer – two roles she described as being the most rewarding work she has ever been involved with.

Christine’s hobbies – when time permits – are knitting, reading, painting, and spending time with her children and grandchildren.